Fantasista Doll believes in THE HEART OF THE CARDS (literally) 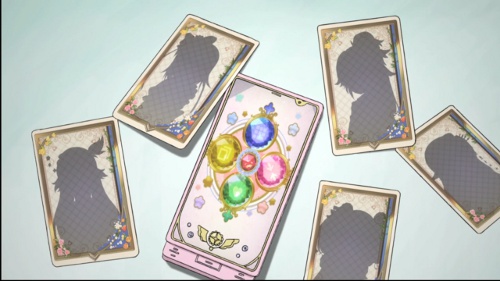 Fantasista Doll is a hybrid of magical girl and TCG anime. The TCG part is that protagonist Uzume Ono has been given a deck with five character cards, whom other deck-holders try to seize by battling her. The magical girl part is that these character cards (dolls) get summoned into the real world as girls with real bodies. They don’t just battle but also eat, take baths, and even go on shopping.

There’s one good thing to come out of this unholy alliance. When card game cartoons like Yu-Gi-Oh tell us to BELIEVE IN THE HEART OF THE CARDS, it sounds silly if you’re already older than twelve. But in Fantasista Doll, dolls do have feelings! You can totally befriend them! Much of the show is about Uzume bonding with her cards and working out some fairly complicated trust issues, because her dolls aren’t a blank slate and have served under different masters before. The message actually carries weight.

Fantasista Doll is one show this season that I picked up late, yet it’s becoming one of my favorites. 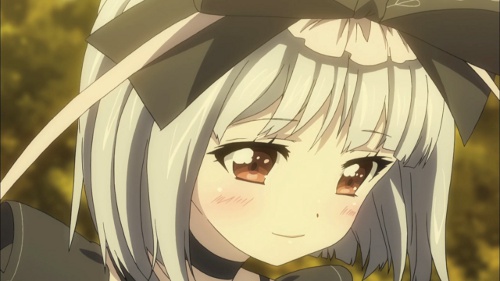 This entry was posted in Anime and tagged fantasista doll. Bookmark the permalink.